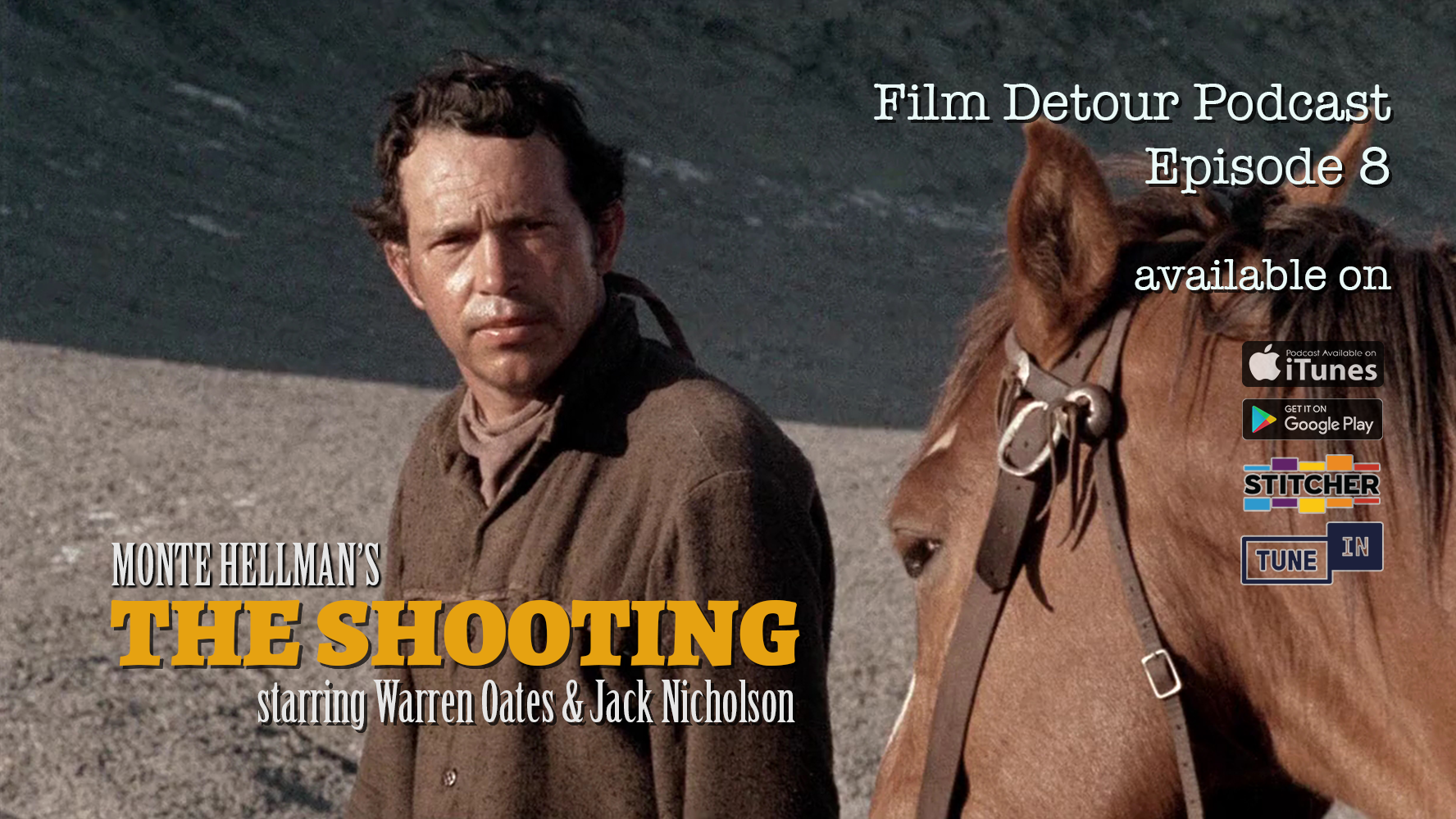 Warren Oates is one the great screen actors of all time. He’s easily as good as Brando, De Niro or Daniel Day Lewis. In this episode of Film Detour he leads a disparate party through the Utah Desert. Captured spectacularly by cinematographer Gregory Sandor, masterfully directed by Monte Hellman, co-starring the nastiest Jack Nicholson this side of the Pecos, an equally surly Millie Perkins (and we thought she was so nice) and the very quirky Will Hutchins. So join us for Part II of director Monte Hellman’s revisionist Western double feature, The Shooting. Make sure you pack a canteen full of water and your six gun. You’re gonna need ’em.