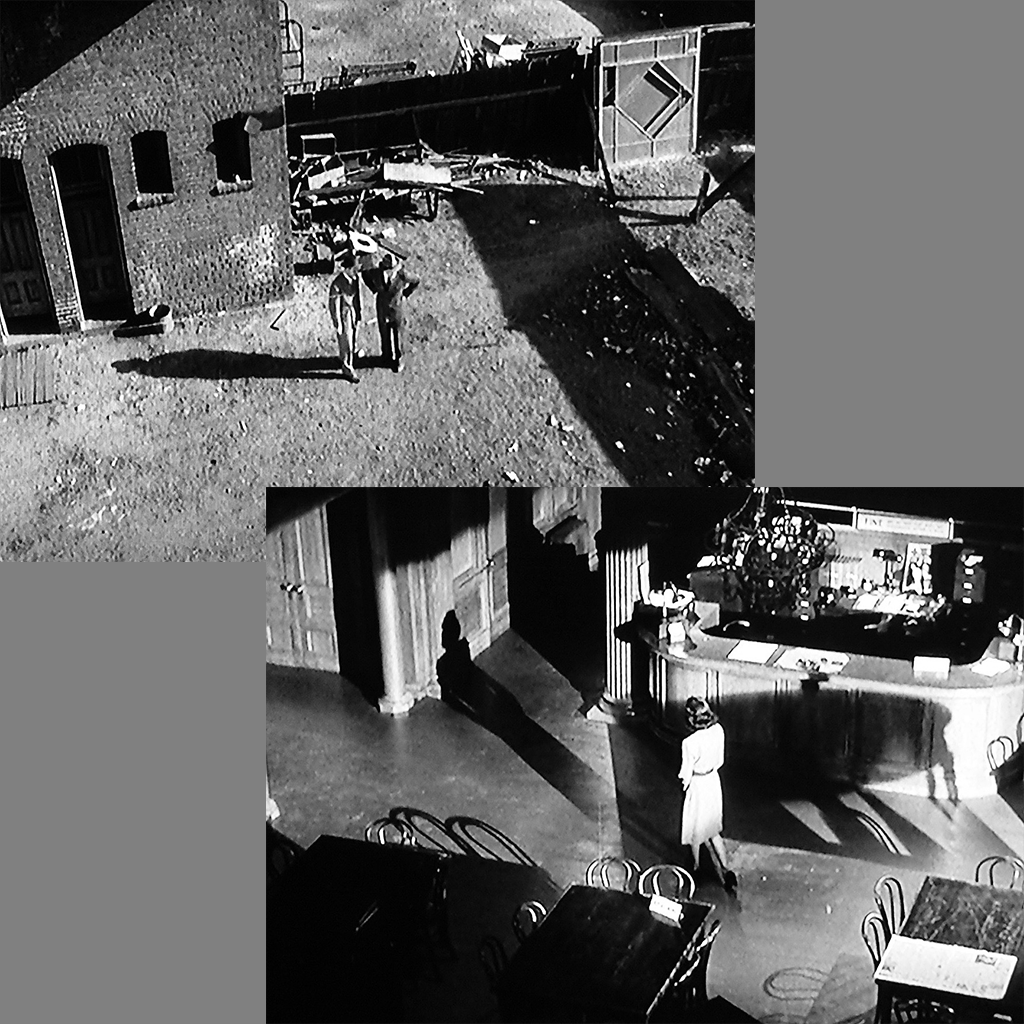 Join the debate. Is this the same angle?

Bob and I had a debate whether these two scenes in Shadow Of A Doubt were the same angle. Early in the film, Charlie is running from the cops and ditches them in an alley. Later, when young Charlie sneaks off to the library to investigate her Uncle’s criminal activities we see her cross the library in a similar angle.

Is Hitch further pairing the two Charlie’s visually in these shots? What is your opinion?